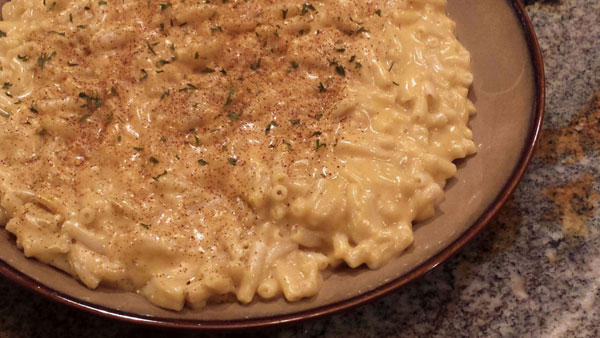 What is a Bechamel or Mornay Sauce? 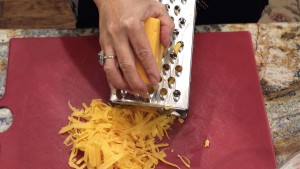 We owe a depth of gratitude, and appetite to Marie Antoine Careme and Georges Auguste Escoffier to being the ‘Father’ of the five (5) Mother Sauces that are used in everyday cooking around the world.

Bechamel is a white sauce made from flour, butter and milk or cream, and begins from something called roux. Simply, it is a french technique to make a gravy, a sauce to incorporate into your cooking. Bechamel is the base sauce for many of the roux recipes. 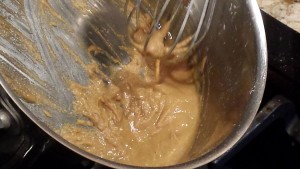 In France there are five revered sauces, called ‘mother sauces’ and Bechemal is the first and Mornay being the second with cheese added to the white Bechamel sauce. Thereafter follows the Veloute Roux with most often chicken, vegetable or fish stock (white) and (brown-from beef or veal). There’s Espangnole, a roux with brown broth/stock; then the Tomato red, which is roux and tomato. And last but not least and my favorite is the Hollandaise, which is made with clarified butter, egg yolks and lemon or white wine. Mm-mmm, yum. Of course, we can’t forget the Bearnaise, it’s an off shoot of the Hollandaise, with added herbs. 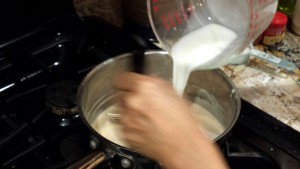 French cooking in general does have a lot of calories. Yes, with all the yummy sauces, there is no doubt; however, it doesn’t mean that we can’t eat it occasionally. But when you do, isn’t it nice to know and appreciate whence it came and what you can do with it.

The originator of these 5 sauces came from Georges Auguste Escoffier, a French chef and restaurateur and culinary writer in his day back in 1846. He was a trail blazer with French cuisine and lead the way of these popular sauces, which we now call the “5 mother sauces”.  He simplified and adjusted these techniques to cooking as we know it today. His technique was based on the foundation of Marie Antoine Careme, which was known as one of the systematic organizers of French Haute cuisine. 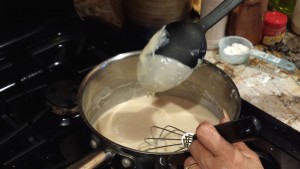 Just to clarify. Excuse the pun… with clarified butter there are three ways to make a gravy. One is making a roux then adding your liquid to thin to desired viscosity, or a reduction which is made from a liquid and cooked down to desired thickness, such a a glaze and the emulsification method. This method is utilized with the Hollandaise sauce. When two ingredients such as butter and lemon are mixed together, that are polar opposites – they really don’t adhere or mix well with each other, thus the imperative egg yolk comes into play. The egg yolk becomes a binding (catalyst) agent to combine these ingredients together making a delicious smooth sauce. Hollandaise is the only mother sauce that is emulsified, the other four use roux. 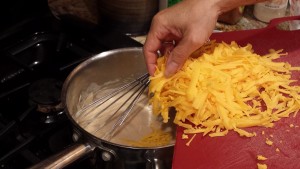 Let’s get started with the many ways that a roux can be used. The Bechamel can be used in so many ways, such as sausage and gravy on biscuits. Or perhaps a topping on a casserole, such as Moussaka. Then there is always the Mornay, in which cheese is added to the bechamel and there you have it, a gooey, thick  macaroni and cheese dish or addition to a souffle. You can added whatever ingredients you want or need to make it your own. Take mushrooms for example, or perhaps onions or even leeks. You can add mustard, soy sauce, Worcestershire sauce or hot sauce, or a number of other ingredients to flush it out. Also, don’t forget your seasonings, herbs and spices to tickle your tongue and please the palate! 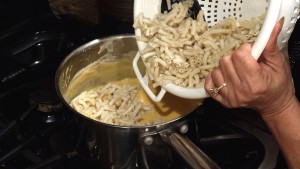 Basically bechamel is made by equal parts of butter and flour to make your roux, then the addition of your liquid, such as milk or cream to desired thick or thinness, with flavorings of choice. Mornay has the beloved cheese added. It seems easy and it is, but you must be ever so careful not to burn the roux, or you’ll need to start over. Square one is no fun, wasteful and time consuming.

Here is a quick rundown on the roux, just remember the 3-4-5-6 ratio rule. Once the amount of roux is made, then adding the liquid gives you: 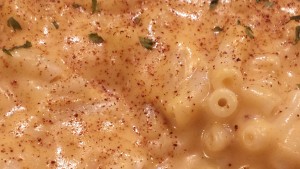 Bechamel and Mornay can be used with or poured over a multitude of dishes, such as asparagus, cauliflower, lasagna, middle eastern dishes as well as croquettes and so many other foods. I could go on and on, but I’ll start to get hungry. What is that saying… don’t shop when you’re hungry. Now I’m going to say don’t write when you’re hungry, or you’ll write on and on. So I will close by saying experiment and have fun eating.